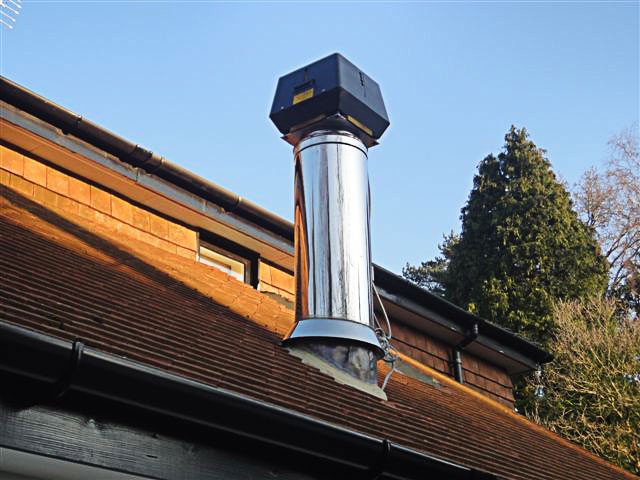 A designer had an idea. By collaborating with exodraft and Wakeford Fireplaces, he turned his concept into a reality that all fireplace owners will appreciate.

The designer enjoyed every second of developing his own home. He was a stickler for attention to detail. As he approached completion of the project, he decided to have a fireplace installed. He didn’t want just an ordinary fireplace, though. To accommodate this elegant and custom-designed house, the fireplace required a personal touch. The designer had a very specific vision of how he wanted the fireplace to look.
To achieve that aspect of the design, a short flue was needed.

He paid a visit to several local fireplace stores, but was always given the same answer: “your plan won’t work!”. Refusing to give up, the designer kept looking for an expert who could give him the answer he was looking for.

The designer called Adam Wakeford, the owner Wakeford Fireplaces in Surrey.
He outlined his concept and the concerns that came with it and provided Wakeford with the feedback he has been given thus far. Fortunately, Wakeford

was knowledgeable about exodraft chimney fan systems and had several systems already installed for customers. Adam understood the advantages of the systems and was very sure that the designer’s concept could come to fruition through the use of an exodraft chimney fan. Wakeford and exodraft’s Keith Brant from the United Kingdom talked about the designer’s project and came up with a suggestion, which ended up being successful.
The designer was most happy and finally was able to have the fireplace he envisioned. 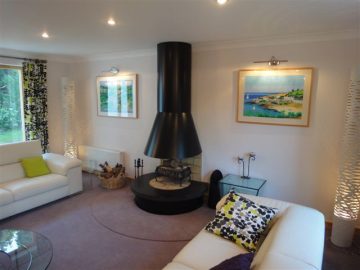